How to avoid giving wrong advice

Q. How can I avoid giving wrong advice?

A. By listening and asking questions to obtain all the information you need to make a sound judgement of the situation before speaking or drawing conclusions. 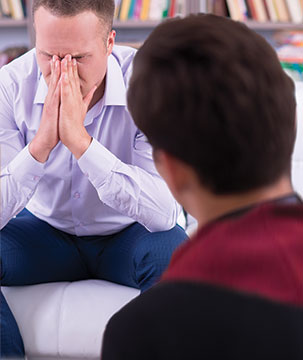 After sending some of the people I counsel to priests, in order to seek confirmation of the spiritual guidance I’ve given them to help them feel confident in their need to change, they come back to me over and over again with the wrong advice from the priest. This made me ponder why it was happening.

I once sent a man to speak to a priest to help him understand that his lustful thoughts for a married woman were indeed sinful. Most people would think, “How can someone believe that isn’t a sin?” Well, no matter how I addressed this issue with this man, he refused to believe his thoughts—since they were so pleasurable to him—were a sin of sexual immorality since he didn’t have any “relations” with the woman. I told him we can sin in both our thoughts and our actions. I informed him that Satan gives us temporary pleasure to confuse us, in order to make us think our sinful thoughts or actions are good. I gave him examples and backed them up with Bible verses. Yet, I could tell he wasn’t totally convinced, so I suggested he go to confession (after telling him how to make a good confession), and asked him to consult with the priest about this concern.

The next time I met with this man—ready to move on and develop coping mechanisms for him to avoid his sin of lust, since I was sure the priest would confirm my guidance—to my disappointment, the priest had told him that “his thoughts were only sinful if he’s thinking about having sex with this woman.” Of course, this is the man’s interpretation of what the priest said, but nonetheless, this is what he was left believing.

Now, this man, that I’ve been counseling, has convinced himself that he isn’t having sexual fantasies anymore—even though the last time I met with him he inferred otherwise—and as a result he decided that his thoughts and desires were not sinful. Even excluding those thoughts, he has great coveting issues and others immoral desires and behaviors as well. Now, I’m back to square one or maybe even a step further back.

I had to ask myself, was the priest confused as to what the correct teachings of the faith are? Or was this man simply evasive when he posed his question to the priest, looking for an answer that would allow him to justify his actions and continue on in sin without guilt. I carefully questioned the man and asked him what exactly it was that he said to the priest. I came to understand that this man didn’t seem to intentionally pose his question vaguely, but that was in fact what he did. He stated to the priest, “Someone’s telling me if I think about a woman, and it makes me happy, that is sinful. Is that true?”

Well, no wonder the priest gave him the wrong advice; the priest knew nothing of the situation, and the way the question was asked made the “someone” seem ridiculous for making such a statement. However, the priest could have avoided giving him wrong advice if he’d simply asked questions to gain more information that was needed to really help this man. For example, the priest could have said to him, “So I can give you the proper guidance, I need to know a bit more about the situation.” He could’ve asked questions such as, who is this “someone,” who’s the woman, exactly what kinds of thoughts are you having, how long has it been going on, etc. Yes, it’s true that some people want things to remain private, and they are embarrassed to reveal everything that’s going on, but it’s better to ask these things outright—at the risk of invading their privacy and a bit of embarrassment—than to risk giving them the wrong advice, which could keep someone in a state of mortal sin. This man’s thoughts were so wrong, detailed, and harmful to both him and the woman that his thoughts even spilled over into his actions, which were quite inappropriate to the point of harassment and stalking—which very well might be a mortal sin. This priest had an opportunity to give advice that could have saved this poor man’s soul, but God couldn’t use the priest properly because the priest never gained the information needed to guide the penitent in the real situation.